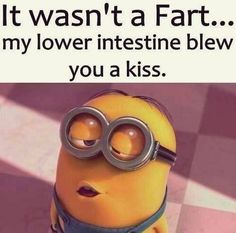 I’ve been cleansing things that matter from things that don’t matter in my life. Just like cleaning a house , refreshing the Internet browser or organizing computer files in an external drive, there’s something liberating about focusing (and keeping close to you) all of real importance and value.  I’ve found that there are 6 areas I’m particularly fond about:

All of these subjects are covered in Maximizing Performance. Over the next weeks I’ll focus on those specific categories and summarize it in some thought-provoking, mind bogging, über inspiring quotes. Let’s get down to it!

“People think it must be fun to be a super genius but what they don’ t understand is how difficult it is to put up with all the idiots of the world.”

“A gentleman is one who never hurts anyone’s feelings unintentionally.”

“The truth is, most of us discover where we are headed when we arrive.”

“A little sincerity is a dangerous thing, and a great deal of it is absolutely fatal.”

“There are many things of which a wise man might wish to be ignorant.”

“By working faithfully eight hours a day you may eventually turn out to be the boss and work 12 hours a day.”

“Morality is simply the attitude we adopt towards people whom we personally dislike.

“Nothing is more common than unsuccessful men with talent.”

“A hypocrite is a person who – but who is not?”

“Only the dumb envy the talkative.”

“The envious praise me unknowingly.

Always forgive your enemies; nothing annoys them so much.

“Tact is the ability to tell someone to go to hell in such a way that they look forward to the trip.”

“He was not clever enough to have enemies”

“Con artists are greedy hucksters who sell us dreams that never come true.”

“An excellent man: he who has no enemies and none of his friends like him”

“Every great man nowadays has its disciples, and it is always Judas who writes the biography.”

“There is nothing about an individual as important as his IQ, except possibly his morals. “

“The whole problem with the world is that fools and fanatics are always so certain of themselves, and wiser people so full of doubts.”

“Practice is like raising a duck. If it grows fast or slow it’s the duck’s business not yours. Let go & just do your own work.”

“It doesn’t take intelligence to be a jazz musician, there are dozens of prove of that around.”

When you’re feeling bad about yourself, first check if ignorant people are surrounding you.

There has never been a statue erected to honor a critic.

Friends are those rare people who ask how we are and then wait to hear the answer.

I am a great believer in luck, and I find the harder I work, the more I have of it.

Rather “Lucky” than “Good”… If you’re good you can still have no luck, but if you’re lucky its impossible not to be good.

Don’t worry about what others think. Most people don’t use their brain very often.

Some laugh cause they don’t understand… Others would cry if they do.

I’m actually a very nice person, until you piss me off.

I’m a nice person. If I’m an asshole to you, you need to ask yourself why.

Love me or hate me, both are in my favour:

If you love me I’ll be in your heart.

If you hate me I’ll be in your mind.